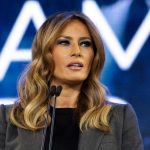 Former Fox News Host Eric Bolling served as emcee, and he did so with first-hand knowledge of the problem. His son died from an opioid overdose while in college: