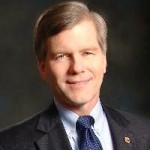 RICHMOND, Va. (AP) _ Former Virginia Gov. Bob McDonnell’s lawyers are asking a judge to give them access to evidence in a civil case against dietary supplements maker Star Scientific Inc. A federal judge last month granted a motion by prosecutors to stay discovery in the shareholders’ lawsuit until the government completes its case against McDonnell and his wife.

Prosecutors argued that the 14-count indictment against the McDonnells and the civil suit include some of the same facts and alleged conduct. McDonnell’s attorneys say in court papers filed Thursday that the government is trying to obstruct his defense. They want U.S. District Judge James Spencer to order the government to turn over evidence in the lawsuit. Prosecutors allege that the McDonnells accepted loans and gifts in exchange for helping promote Star Scientific’s products.