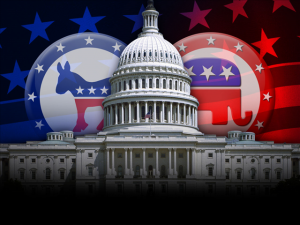 “This bill will lower the price of prescription drugs and healthcare, reduce the deficit, and invest in American energy to both address climate change and bring down energy bills. And in another big win for Virginia, it will help ensure that miners suffering from black lung and their families get the help they need,” said the senators. “While we will continue to look for ways to support the health and well-being of our communities, decrease inflation, and lower costs for Virginians, we’re proud that today we took a major step forward in addressing those challenges.”

The Inflation Reduction Act of 2022 will fight inflation, reduce the deficit, invest in domestic energy production and manufacturing, and reduce carbon emissions by roughly 40 percent by 2030, according to multiple independent assessments. Another survey found that the bill will save the average household hundreds of dollars annually on their energy costs. The Inflation Reduction Act will also lower health care bills by finally allowing Medicare to negotiate prescription drug prices and extend the expanded Affordable Care Act subsidies for three years, through 2025. Additionally, the Inflation Reduction Act will permanently extend the Black Lung Disability Trust Fund excise tax at a higher rate, providing certainty for miners, miner retirees, and their families who rely on the fund to access benefits.

The legislation will also take steps to make sure that the largest corporations and wealthiest Americans pay their fair share in taxes, without increasing taxes on small businesses or families making less than $400,000 a year. According to a recent analysis, the clean energy provisions of the Inflation Reduction Act are expected to create nearly 1 million jobs per year.

The House of Representatives is now expected to take up the legislation next week before sending it to President Biden’s desk for signature.