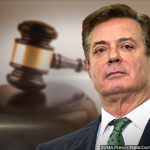 WASHINGTON (AP) — Former Trump campaign chairman Paul Manafort is asking to move his upcoming trial out of the nation’s capital. His lawyers cite “intensely negative news coverage” and possible juror bias in requesting that the case be relocated to Roanoke, Virginia. Manafort was found guilty of eight counts last week in a separate trial in Alexandria, Virginia. His lawyers had also asked for that trial to be held in Roanoke, but the request was denied. In a court filing Wednesday, Manafort’s lawyers said it’s hard to imagine any other prosecution that’s received “media attention of the same magnitude.” They contend that reporting on the case has been sensationalized and negative. They say an inaccurate tweet from President Donald Trump may have contributed to a negative perception.