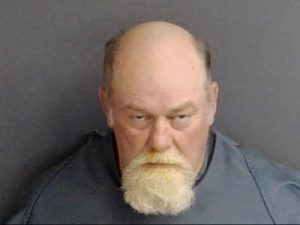 NEWS RELEASE: On September 5, 2020 at approximately 12:00AM Pittsylvania County Communication Center advised their deputies were responding to a residence on Burton Lake Road in Chatham for a white female with a gunshot wound.  They advised they received a call of a shooting incident that had occurred at Barbour Lane in Franklin County at the home of the female victim.  The 58-year-old female victim was transported to the hospital with a life-threatening injury. At approximately 12:15 AM, deputies with the Franklin County Sheriff’s Office arrived on scene at Barbour Lane in Franklin County and located a white male deceased from an apparent gunshot wound inside of a mobile home.  Investigation led to the arrest of 58-year-old Forrest Christopher Fielder of Chatham for second degree murder of the deceased white male.  The victim is identified as 54-year-old Ricky Lee Southern of Reidsville, NC. This investigation is still active but is an isolated incident with no further threat to the public.