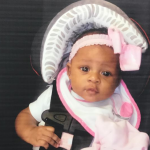 UPDATE November 16: Roanoke Police Chief Tim Jones says the father of missing baby Arieanna Day remains a “strong suspect” in her disappearance and likely death — and her mother is, in his words, “certainly a person of interest”.

Jones says police are using some new high-tech DNA recovery technology in efforts to speed up the case. Police are again asking for help in helping solve the case. The three-month-old girl has been missing since September 11.

UPDATE October 11: Roanoke Police say one month after four-month-old Arieanna Day disappeared, the case remains one of their highest priorities. They promise to dedicate as many personnel as possible to the investigation until she is found. They ask anyone with any information related to the baby girl’s disappearance to come forward.

From Roanoke City Police: Today, October 11th, marks the one month anniversary of four month old Arieanna Day’s disappearance. This investigation is one of our highest priorities. The Roanoke Police Department and the Montgomery County Sheriff’s Office will continue to dedicate as many resources as possible to this investigation and we will continue to search for her until she is found. As part of these efforts, we are asking anyone who may have had recent contact with Arieanna or have any information related to her disappearance to please come forward. No piece of information is too small. Her family deserves answers. This is an incredibly difficult time for her family. As part of our commitment to this family, we continue to follow up on every lead and turn over every stone to find Arieanna.

Anyone who may have information regarding this disappearance should contact the Roanoke Police City Department at (540)853-2212 or the Montgomery County Sheriff’s Office at (540) 382-6915.

UPDATE October 3: A baby who has been missing from her Roanoke home for weeks has been added to a statewide list of missing children. Arieanna Day went missing from her Hanover Avenue home on September 11th. While Roanoke City Police say they believe at this point the baby is dead, they have not yet found her body. The only person charged in the case is Arieanna’s father, Andrew Terry – he’s been charged with illegal disposal of a body, but no one in law enforcement has been willing to explain the charge. 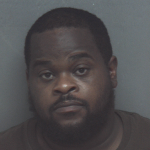 UPDATE September 18: A search warrant identifies the man arrested in connection with Arieanna Day’s disappearance as the baby girl’s father. The warrant says Andrew Terry was at the Roanoke home the day Arieanna disappeared and had communications with the baby’s mother. Terry is charged in Montgomery County with illegal disposal of a body, but police say there has been no trace of three-month-old Arieanna since she disappeared one week ago today.

UPDATE Friday from Roanoke Police: At this time, Roanoke Police are still searching for Arieanna Day. Arieanna was last seen wearing a pink onesie and matching pink socks and is approximately 2 feet long and 14 lbs. We are following leads and continuing the investigation into the circumstances leading up to Arieanna’s disappearance. We are continuing to work with other agencies, including the Montgomery County Sheriff’s Office, Virginia State Police, Blacksburg Police Department, Virginia Department of Emergency Management, Blacksburg Volunteer Rescue Squad, Norfolk Southern Railway, Federal Bureau of Investigation, and Virginia Search and Rescue Council. The incoming severe weather threat could impact our search efforts. We are asking anyone with information about this investigation to please come forward. Someone knows something about Arieanna. If you think you know anything pertaining to this case, please call the Roanoke Police Department at (540)344-8500 and share what you know.

THURSDAY: Roanoke Police say three-month old Arieanna Day is “most likely deceased”. She is the three-month-old girl reported missing from her northwest Roanoke home Tuesday evening. In a related development, 31-year-old Christopher Terry is charged with illegally disposing of a body in Montgomery County, and officials say that arrest is connected to Arieanna’s disappearance.

From Roanoke Police: The Roanoke Police Department continues to actively investigate the circumstances surrounding the disappearance of Arieanna Day. Our agency personnel are working with other law enforcement resources to follow up on the information received from several individuals connected to this investigation. The investigative focus has now shifted to the realistic possibility that circumstances related to Arieanna Day indicate that she is most likely deceased. We are continuing our investigation with this in mind, and hope that we can bring closure to this case and family.

PREVIOUS: A Roanoke man is charged with illegally disposing of a body in Montgomery County, and officials now confirm that it is connected to Tuesday night’s disappearance of three-month-old Arieanna Day from her Roanoke home.  Beyond that, officials say only 31-year-old Andrew Christopher Terry was arrested and jailed last night as part of an “active criminal investigation” in Roanoke, and for now, no further details yet being offered.

From the Montgomery County Sheriff’s Office: On September 12, Investigators from our office were contacted by Detectives from Roanoke Police Department to assist with an active criminal investigation.  At 9:16 p.m. on September 12, working in conjunction with Roanoke Police Department, Investigators from our office arrested 31 year old Andrew Christopher Terry of Roanoke, VA.  He was charged in connection with the illegal disposal of a body.  He is being held in the Montgomery County Jail with no bond. This is an on-going criminal investigation.  No further information is available at this time.

WEDNESDAY: Roanoke Police are searching for a missing three-month-old girl. Arienna Day was last seen last night at her Hanover Avenue home. Her mother tells police she put the baby girl to bed around 10 pm, and when she checked back an hour or so later, Arienna was not there. Roanoke City Police Chief Tim Jones:

Police say because there is no sign of forced entry or abduction, and because there is no known vehicle in which Arienna might be riding, this case does not meet the criteria for an Amber Alert. Officials say both the mother and a man stating he is the father have cooperated in the investigation.