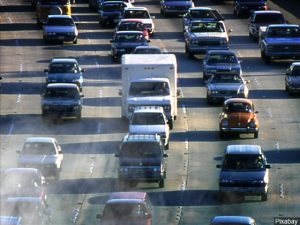 Average used vehicles prices have risen close to 17% on average nationwide in the last year, and the Roanoke region is right there at about 16%, but there is a difference between local and national models atop the list. The numbers come form iSeecars.com, which tracks new and used car sales across the country. Nationally, Corvettes and Mercedes G and S-class vehicles are in the top five list, but not around here. Three large pickups and two family sedans are the biggest local percentage gainers. iSeecars Executive Analyst Karl Brauer says the sharp increase in used car prices is largely the result of chip shortages reducing the number of new cars for sale — and the resulting drop in used car trade ins. He spoke with WFIR’s Evan Jones: