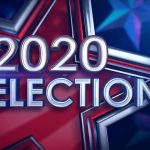 The Democratic Committee chairs in 7 Roanoke and New River Valley localities are now calling on 6th district U.S. Representative Ben Cline and 9th District GOP Congressman Morgan Griffith to, “immediately resign after their failure to support and defend the Constitution of the United States.” The joint letter says Cline and Griffith “have instead supported Trump’s baseless conspiracy theories … and by doing so, “they helped feed unrest … which boiled over in a violent and shameful insurrection at the Capitol.” Both Cline and Griffith have said they had legitimate concerns about election integrity.

January 7, 2020 – Democratic committees in the southwest Virginia area, in view of the shocking January 6, 2021 takeover of the United States Capitol by supporters of President Donald Trump, call upon U.S. Rep. Ben Cline (R-6th District) and U.S. Rep. Morgan Griffith (R-9th District) to immediately resign after their failure to support and defend the Constitution of the United States, which they swore to uphold in their oaths of office.

Cline and Griffith have instead supported Trump’s baseless conspiracy theories that the November presidential election was rigged against him. By doing so, they helped feed unrest among the president’s supporters, which boiled over in a violent and shameful insurrection at the Capitol that played out on news channels both at home and around the world.

In fact there is no evidence of widespread voter fraud in the 2020 presidential election. Every legal challenge to the outcome has been rejected by judges — many of them Republicans and Trump appointees.

Cline and Griffith are among a cadre of Trump sycophants whose support for the president’s blatant lies led our great nation to this shameful crisis. They were present as our nation’s Capitol was compromised by domestic terrorists, yet they hid behind a “protest vote” rather than uphold their oaths of office.

We demand that Cline and Griffith resign so the people of their districts might find new representatives who do not support sedition and are cognizant of their oaths to the Constitution, which they swore to uphold.