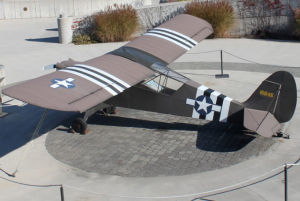 A vintage World War II aircraft is heading from Bedford to Lynchburg later today — on the ground. Liberty University students will restore it before the National DDay Memorial conducts an important observance next June, one marking the 75 anniversary of the Operation Overlord. WFIR’s Evan Jones has more: