LewisGale Medical Center will get its NICU 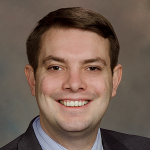 Virginia Health Commissioner Norm Oliver has issued LewisGale Medical Center in Salem “a certificate of public need” to begin work on their neonatal intensive care unit. LewisGale has been seeking approval to provide intensive care unit level services to babies in Salem since 2011. State Senator David Suetterlein says that request was routinely denied through the regulatory process by Health Commissioners. Suetterlein introduced several bi-partisan bills in the past supporting a Neonatal ICU at LewisGale Medical Center

“Mothers who delivered in Salem have been needlessly separated from their newborn babies needing intensive care unit services because Richmond wouldn’t grant a COPN to LewisGale. Today represents a great step in getting us closer to keeping mothers with their babies during such an important time,” said Virginia Senator David Suetterlein (R-Roanoke County).

In granting the COPN, Commissioner Oliver said, “The status quo is not an acceptable alternative, as it does not allow, in appropriate clinical circumstances, the reasonable operation of continuity of care and the provision of certain neonatal services conducive to promoting healthy outcomes for the mother-infant dyad;  Approval of the project would reduce the frequency of unnecessary, disruptive and risky transport of certain pregnant women and infants that may be reasonably cared for at LewisGale Medical Center if the project would be approved.”

LewisGale has been seeking approval to provide intensive care unit level services to babies in Salem since 2011 and were routinely denied through the regulatory process by Health Commissioners.  Senator Suetterlein introduced legislation in 2018 and 2020 that would have exempted a NICU at LewisGale from the COPN process. The first bill narrowly passed the Senate 20-19 only to be derailed in the House of Delegates.

In 2020, Suetterlein’s legislation passed the Senate 34-5 with bipartisan support and a coalition that included vocal support from Senators Jennifer McClellan (D-Richmond) and Jennifer Boysko (D-Loudoun) who are both mothers of children that received ICU services. Unfortunately the then newly installed Democratic majority on the House of Delegates’ Health, Welfare, and Institutions Subcommittee followed the advice of a Roanoke Democratic Delegate and it was defeated.

On August 24 of this year, LewisGale CEO Lance Jones and Suetterlein testified in support of the Salem NICU COPN at an “informal fact finding conference” in Richmond with Virginia Health Department officials that was cited in Commissioner Oliver’s decision today.  “Mothers and babies have long deserved to have intensive care services in Salem and I am glad that we are one giant step closer to delivering these critical services,” said Suetterlein.