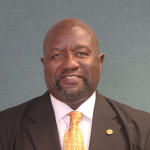 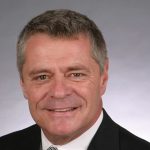 Roanoke Mayor Sherman Lea Sr. faced off against challenger and former long-time Mayor David Bowers during a Kiwanis club debate today. Perhaps the biggest disagreement was over where to put a new downtown bus station. Lea and Bowers also discussed their views on gun violence and the city’s pandemic response. They will appear together again at a Roanoke Regional Chamber of Commerce forum next Thursday. Lea defended the planned location near the Virginia Museum of Transportation – shot down by the Board of Zoning Appeals – while Bowers alluded to an earlier study.