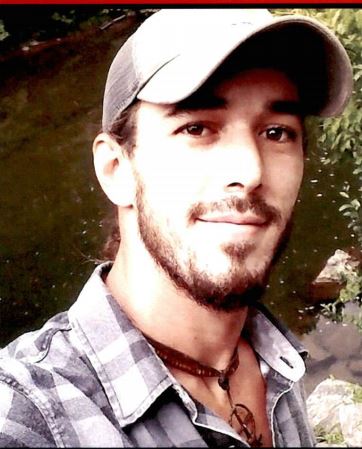 State Police have released new information surrounding the death and disappearance of a Buena Vista man almost 17 months ago. It suggests clear signs of a violent struggle as police and the victim’s parents ask for help. Chad Austin was 30 when he disappeared near the Blue Ridge Parkway on Memorial Day weekend of 2019; his remains were found last March. Thursday would have been Chad’s birthday, and one day ahead of that, State Police divulged some new details in the case. Among them: two knives belonging to Chad were found in that area – in the open position, there were signs of a struggle  and texts on his phone anticipating a confrontation. Police say one person committed the murder, but others witnessed it. WFIR’s Evan Jones has more:

NEWS RELEASE: AMHERST CO., Va. – On Oct. 22, 2020, a Buena Vista family will be honoring, instead of celebrating, their loved one’s birthday. Chad H. Austin would have turned 32 on Thursday, had his remains not been recovered in Amherst County in May. With the development of several new leads related to his disappearance and death, the Virginia State Police Bureau of Criminal Investigation’s (BCI) Salem Field Office continues to work collaboratively with the Buena Vista Police Department and Amherst County Sheriff’s Office to render an arrest in this case.

Law enforcement were alerted at approximately 12:30 p.m. on May 28, 2019 to Chad’s silver 2006 Hyundai Tiburon being found abandoned about 2 miles down the turnoff for Panther Falls Road. His beloved, mixed-breed dog, Gunner, was found unharmed and locked inside the car. Investigators were able to confirm that Chad was last seen on Memorial Day, May 27, 2019, by campers in the Panther Falls/Shady Mountain area, east of the Blue Ridge Parkway.

A search of the immediate area resulted in several personal items belonging to Chad, to include two knives, being found about a half mile from his abandoned car. Both knives were found with the blades in the open position. Additional forensic evidence collected at that location confirms that a struggle took place between Chad and his killer that ultimately led to Chad’s death. Six months after he was reported missing, Chad’s wallet turned up at Panther Falls.

“We especially want to hear from the individual(s) who returned Chad’s wallet to the scene more than six months after his disappearance,” said Special Agent Kevin Zirkle, Virginia State Police BCI Salem Field Office. “It was not overlooked on previous searches of that area. We know it was intentionally placed there and, perhaps, there is a very reasonable explanation. We have been trying to figure out why that person, though, has not contacted us yet.”

State police has also been able to confirm through text messages on Chad’s phone that in the days leading up to his disappearance and death, he was anticipating being confronted by a group of individuals who were determined to settle a disagreement with him.

“We have no reason whatsoever to believe that Chad was looking for trouble, but we do know that he had a reason to suspect a confrontation was inevitable. We know there are additional people in the Buena Vista community who know certain pieces of information related to Chad’s death, but are fearful to come forward for a number of reasons. We want to reassure these individuals that our number one goal is to correctly identify the person who did this to Chad.  We know this was the act of one person, but that others were witness to his murder. We need to hear from those persons in order to render an arrest and see justice done for Chad and his family,” Zirkle said.

In March 2020, investigators returned to the Panther Falls area on a tip and subsequently recovered skeletal remains, which the Office of the Chief Medical Examiner confirmed as Chad Austin.

“To even fathom that our son’s life was taken so early, is so hard for our family to bear,” said Ellen Austin, Chad’s mother, at a news conference Wednesday (Oct. 21) along the Blue Ridge Parkway. “To have Chad missing for a year and then to find out your son is dead has been horrific. Some were saying that at least you found him, but that doesn’t even begin to help us have closure because there are still so many unanswered questions. That’s why we need your help – everyone’s help. No matter how big or small, if you know something, please call state police or the Buena Vista Police. Please do this for our family.”

Those with information about Chad are encouraged to call the Virginia State Police at (540) 375-9589 or contact us by email at questions@vsp.virginia.gov.