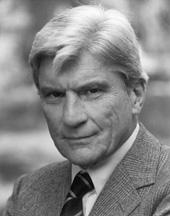 Courtesy of US Senate Historical Office

Former Senator John Warner was always a Republican, but he sometimes faced criticism from within the GOP for votes on issues that included gun-control. He turned back a primary challenge running re-election in 1996. After leaving the Senate, he often endorsed Democrats. WFIR’s Evan Jones has more:

Warner passed away Tuesday at age 94.