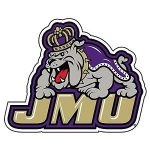 (from JMU.edu) HARRISONBURG, Va. – James Madison football used 212 yards on the ground and 467 yards overall to defeat No. 3 Weber State 30-14 on Saturday evening in Bridgeforth Stadium. The Dukes improved to 14-1 on the season and are heading to their third National Championship (against North Dakota State in Frisco, Texas), while the Wildcats finish the season 11-4 overall. Ben DiNucci led JMU’s passing attack with 255 yards through the air, tossing two touchdowns without throwing an interception. The signal caller also added 62 yards and one touchdown on the ground.

To go along with DiNucci’s showing, Latrele Palmer added to the Dukes’ rushing attack by racking up 53 yards in the game, picking up 4.4 yards per carry. Jawon Hamilton chipped in with 50 yards as well. Riley Stapleton reeled in nine catches for 162 yards and two scores. Brandon Polk got in on the action in the passing game as well, hauling in five balls for 52 yards. Adeeb Atariwa stayed strong for the JMU defense, collecting four tackles and 1.5 TFL. Wayne Davis added four tackles and 1.0 TFL and D’Angelo Amos had four tackles and 1.0 TFL in the win. JMU had a stellar outing on the ground, racking up 212 rushing yards while averaging 3.9 yards per carry and out-rushing Weber State by 142 yards.