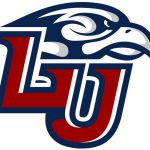 (from Liberty.edu) In a season that saw the offense grab most of the attention with its gaudy numbers, it was the Liberty defense that show up in its biggest game. A stout defensive effort led Liberty to a 23-16 win over Georgia Southern, Saturday afternoon, in the 2019 FBC Mortgage Cure Bowl. With the win, the Flames cap off the most memorable year in program history with an 8-5 record. Liberty completed its FBS reclassification process in August, received its first-ever bowl game invitation on Dec. 8 and walked away from Exploria Stadium with a bowl game trophy in hand, this afternoon.
Georgia Southern came into the game ranked No. 8 in the country in rushing offense, averaging 261.5 yards per game. Liberty came into the game ranked No. 100 in the nation in rushing defense, surrendering 192.7 yards per game on the ground.
Liberty’s defensive effort held Georgia Southern to 154 rushing yards, a single rushing touchdown and three field goals in the victory. On the day, the Flames outgained the Eagles in total offense (402 to 249).