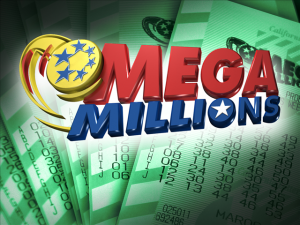 NEWS RELEASE: Although the jackpot-winning ticket in the July 29 Mega Millions drawing was not bought in Virginia, the Commonwealth benefitted from all the excitement. During the 29 drawings of the jackpot run that began in April and ended with Friday night’s drawing, sales of Mega Millions tickets in Virginia generated an estimated $30.2 million in profit. By law, all of that profit goes to K-12 public education in the Commonwealth.

In Friday night’s drawing alone, more than 405,000 Mega Millions tickets bought in Virginia won prizes. That includes four tickets that matched four of the first five numbers plus the Mega Ball number. Normally that wins $10,000, however, one of those players spent an extra dollar for the Megaplier when they bought the ticket. The Megaplier doubled that prize to $20,000.

The $20,000 winning ticket was bought online at valottery.com.

Of those 405,000 winning tickets bought in Virginia for Friday night’s Mega Millions drawing, more than 64,000 were bought online at valottery.com.

Mega Millions drawings are held Tuesday and Friday nights at 11 p.m. The odds of matching all six numbers to win the jackpot are 1 in302,575,350. The odds of winning any prize are 1 in 24. Prizes start at $2 and increase all the way to the jackpot.

Authorized by Virginia voters in a successful 1987 referendum, theVirginia Lotterygenerates more than $2 million per day for Virginia’s K-12 public schools. In the fiscal year ending June 30, 2021, lottery customers helped generate more than $765 million in funding for public education. For more information, visit the Virginia Lottery’sGiving Back page, visit our website, like us on Facebook, follow us on Twitter and Instagram, and check us out on YouTube. With all gaming, please remember to play responsibly.