Humor amid destruction: tornado victim on the throne 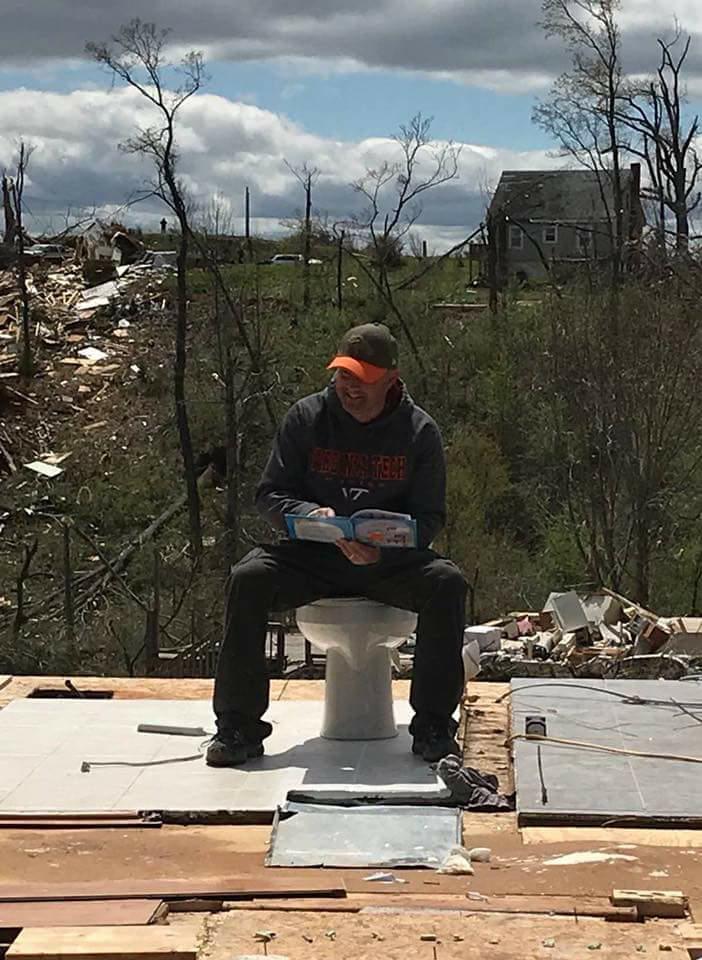 The photo of a Lynchburg Police officer who lost his home to the tornado is becoming is no doubt becoming a social media hit in his home area. Sergeant Gary Fink is seen sitting and smiling on one of the few remaining things from his Elon house – a toilet still in place – amid widespread destruction all around. State officials say more than 100 homes were seriously damaged — some of them destroyed — and Fink’s neighborhood was among the hardest-hit of them all. The photo was taken by his sister Dawn.