How much will Jan. 6 hearings tarnish Trump? 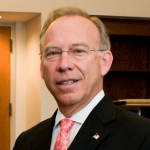 The first two of seven planned January 6 committee televised hearings in the House of Representatives has portrayed former President Donald Trump as an election result denier who may have fomented a riot at the US Capitol. But will it have much impact on Trump’s base of support? Our political analyst weighs in, as WFIR’s Gene Marrano reports: