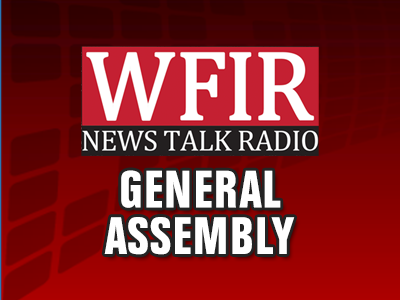 RICHMOND, Va. (AP) — Virginia House Democrats are planning to use an upcoming special session to mandate employers to provide paid sick days, along with several other priorities.

The Democratic majority unveiled its agenda Thursday for a special session set to start next week. The session was initially supposed to focus on adjusting the state’s budget amid the coronavirus pandemic but grew to include criminal justice reform and other measures following widespread civil unrest over the death of George Floyd.

“The House Democratic Caucus has laid out a bold plan this special session to support the commonwealth’s students, teachers, workers and health care system as we recover from COVID-19,” House Speaker Eileen Filler-Corn said.

A top proposal is the paid sick days measure, which failed earlier this year before the widespread transmission of the coronavirus in the U.S.

Democrats took full control of the General Assembly in January for the first time in a generation and overhauled many labor and employment laws. But a bill to provide paid sick days died on the last day of the regular session after intense opposition from business groups.

Supporters said it would protect public health by allowing workers to stay home when they or their children are sick. Business groups said the requirements would be overly burdensome, particularly for smaller businesses and those with part-time employees.

“A one-size-fits-all paid leave plan would make it very difficult for smaller businesses, and such a rigid policy would add costs at a very trying economic time,” Nicole Riley, the Virginia director of the National Federation of Independent Business, said Thursday.

Democrats in both chambers have also said they are looking to make transformational change to the state’s criminal justice system in the wake of Floyd’s death at the hands of police in Minnesota.

As for the budget, House Democrats also said Thursday their priorities include extra funding for high-speed internet service for students learning remotely, more spending to prevent evictions and increasing funds to conduct a safe and secure election this fall.