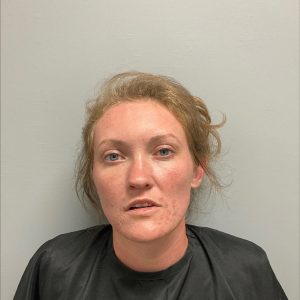 On June 22, 2022, at approximately 9:20 pm, the Martinsville-Henry County Emergency 911 Center received a call that an individual at 695 Pine Valley Dr., Bassett, VA, was hearing voices. The caller reported that the subject was armed with a handgun and was outside the home at an unknown location.

Four deputies arrived on the scene, and as they approached the house, the subject opened fire on them from a wooded area in an ambush-style attack. The suspect fired multiple rounds at the deputies and retreated into the woods. As the deputies sought a position of cover, the suspect moved through the woods and sporadically fired additional shots for approximately 20 minutes.

A tactical team from the Henry County Sheriff’s Office responded to the scene. The tactical team located the subject in a wooded area, and she was taken into custody without incident at 11:00 pm.

The suspect was identified as Heather L. Hart, 26, of 695 Pine Valley Dr., Bassett, VA. She has been charged with four counts of Attempted Murder of a Law Enforcement Officer and Use of a Firearm During the Commission of a Felony. She is currently held in the Henry County Adult Detention Center without bond.