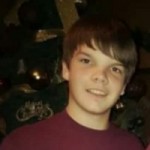 From The Henry County Sheriff’s Office: The Henry County Sheriff’s Office is requesting the assistance of the public in locating a runaway juvenile that has been missing since February 1, 2016. Jeffrey Woodrow Pruitt, 16, was reported missing on February 1, 2016 by his aunt, Kimberly Marclay Pruitt Haley, who is his guardian. He was last seen at a relative’s home located at 2915 Stoney Mountain Rd., Martinsville, VA. Since running away, he was spotted in the area of his residence located at 179 Winnie Ln., Martinsville, VA.

Pruitt was last seen wearing a black or camouflage color hoody and blue jeans. Pruitt is 6’00”, 170 pounds, brown hair and brown eyes. He has ties to the Reidsville, NC area. Deputies from the Henry County Sheriff’s Office along with members of his family and North Star Bloodhounds have made numerous searches of the surrounding homes and area of his home on Winnie Ln. attempting to locate Pruitt.