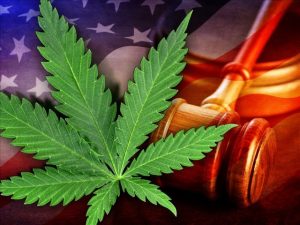 It is clear that Virginia’s elected leaders are preparing to enact some sweeping changes in state marijuana laws when the new Democratic majority takes power in the General Assembly. And groundwork appears to be under way for eventual legalization and sale. More from WFIR’s Evan Jones.

Virginia Attorney General Mark Herring organized an all-day cannabis summit this week in Richmond, one looking at an initial goal of decriminalizing marijuana possession. Portsmouth Delegate Steve Heretick has been calling not only for that, but for full legalization.

The summit heard speakers from states that have already legalized marijuana use. Like Colorado, where Jim Burack oversees enforcement of its production — and sale.

The summit addressed many other aspects that would be involved in legalization, like taxation and product testing. Changes in Virginia marijuana law appear inevitable next year. The question now is how far and how quickly.