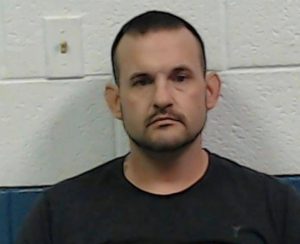 The West Virginia man charged with abducting a woman yesterday in Giles County awaits an extradition hearing from his home state. Rich Creek Town Police say Michael Broyles II was captured last night in Monroe County and is being held without bond. Police say the woman had some facial injuries but is otherwise okay.

FROM RICH CREEK POLICE FACEBOOK: On 11-21-19, the RCPD obtained two felony charges against Michael Broyles II from Lindside WV. Mr. Broyles is charged with Abduction and Maliciously causing bodily injury to the victim. The WV State Police and Monroe County Sheriffs Office took Mr. Broyles into custody without incident in Monroe County last night. He is currently being held without bond awaiting extradition to Virginia. If anyone has any additional information about this case please contact the RCPD through the Giles 911 center at (540) 921-3842. The RCPD would like to thank the citizens of Giles and Monroe County for your help, also the Giles and Monroe Sheriffs Offices, WVSP, VSP, and the US Marshal Service.

PREVIOUS: Thanks to the public the victim in the abduction has been found and is in good condition. The suspect is in custody in WV. More information will be released when charges are obtained in this case tomorrow. Thanks again for all of the information that we received from the public.