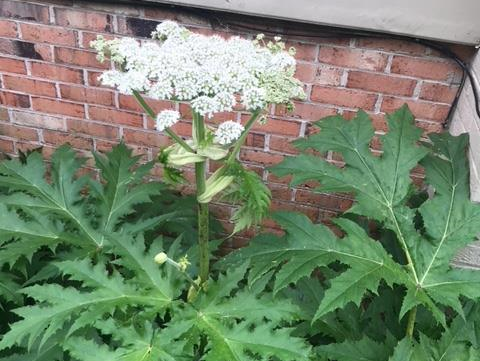 FREDERICKSBURG, Va. (AP) — A teen landscaper pulling weeds ran into one that should have come with a “Don’t touch me!” warning. His literal brush with what was believed to be the “giant hogweed” plant earlier this week left him with serious burns on his face.

The Richmond Times-Dispatch reports 17-year-old Alex Childress came in contact with the towering plant on Tuesday. He ended up with second- and third-degree burns to his face and left arm. Giant hogweed exudes a sap that can cause burns, blisters and blindness.

Jordan Metzgar is a curator with Virginia Tech’s Massey Herbarium. He said Friday that reported sightings of the giant hogweed plant have increased since its presence in the state was confirmed last month. But he says most reports have been unfounded.