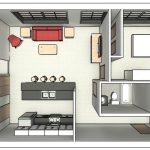 Not content with redeveloping older properties in downtown Roanoke and in the Wasena neighborhood, John Garland has set his sights on Southside Virginia. In conjunction with Cherney Development – which recently turned the old Happy’s Flea Market into office and storage space – two former schools and a shuttered Winn-Dixie supermarket will become living spaces.  Construction on two of the Southside properties is underway; the third in Martinsville is a mixed-used development slated to start this summer. Garland says his development company has also purchased a handful of older buildings in downtown Pulaski that will be renovated as well.