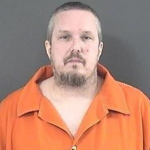 A former Glenvar High School girls’ basketball coach has been arrested on charges of child sex abuse. The Bedford County Sheriff’s Office and jail records report Theodore Moberg was arrested Friday for an incident that allegedly occurred in Bedford County in early December. Moberg coached at Glenvar for five years until 2017.

From the Bedford County Sheriff’s Office: The following subject was arrested on January 11th, 2019 in connection with an ongoing Southern Virginia Internet Crimes Against Children investigation. Theodore Moberg, 40 years of age, of Vinton VA, was arrested by Bedford County Sheriff’s Office investigators assigned to the Southern Internet Crimes Against Children’s Task Force with the assistance of the Town of Bedford Police Department on the following charges: (1) count of Use of a communication device to facilitate certain offenses involving children and  (1) count of Indecent liberties with a minor. This is an ongoing investigation and anyone with any information about this case is asked to call The Southern Internet Crimes Against Children’s Task Force at 434-534-9521.