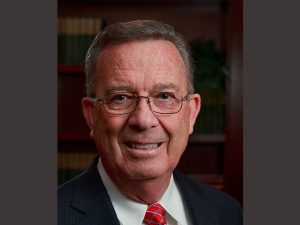 The task of leading Liberty University through its transition in the wake of President Jerry Falwell, Jr.’s departure falls upon a recently-retired Alaska minister who knows plenty about the university – and who promises the recent disruptions will not change its long-standing mission. More from WFIR’s Evan Jones:

FROM LIBERTY UNIVERSITY: The Reverend Jerry Prevo has served on the Liberty University Board of Trustees since 1996 and has been the Board Chairman since 2003. He recently retired as the Senior Pastor of Anchorage Baptist Temple in Anchorage, Alaska, after serving that community for 47 years. During his stewardship of Anchorage Baptist Temple, it became one of the largest churches in Alaska and had the largest school in Alaska, as well. Additionally, Prevo is the CEO and chairman of Christian Broadcasting Inc., which he started and now has three stations and two broadcasting towers in Anchorage, Alaska.