First, it was a flash flood emergency. Then the Roanoke River started rising. Thursday’s heavy rainfalls combined to flood roadways, strand drivers, require rescues from vehicles, flood homes and create many other problems that, to some extent, were as unexpected as Hurricane Michael’s rapid rise to a “monstrous” hurricane. Numerous Roanoke-area streets and intersections were flooded, among the Electric Road in the Tanglewood Mall area and the mall itself. 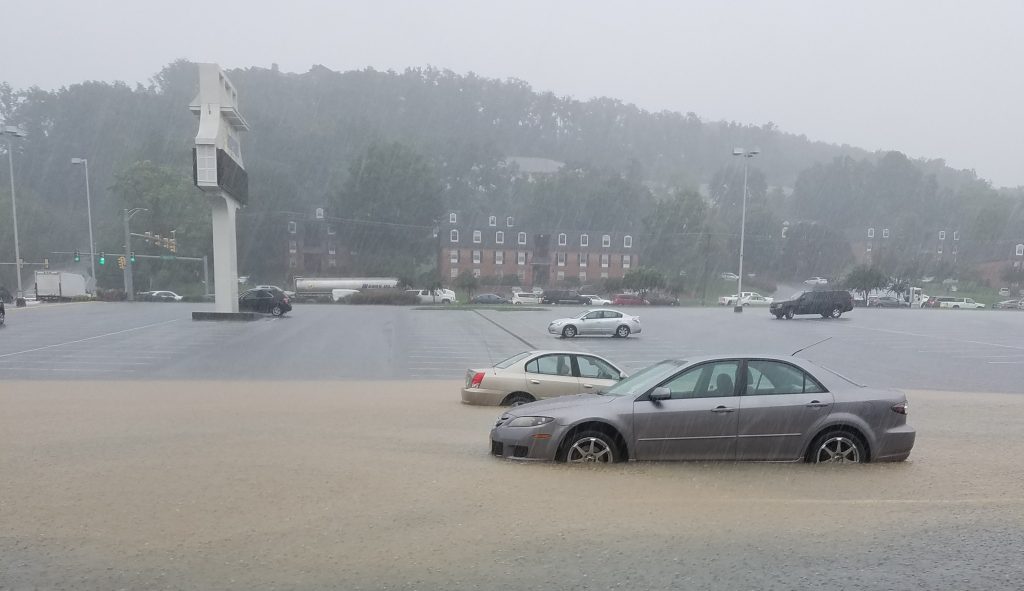 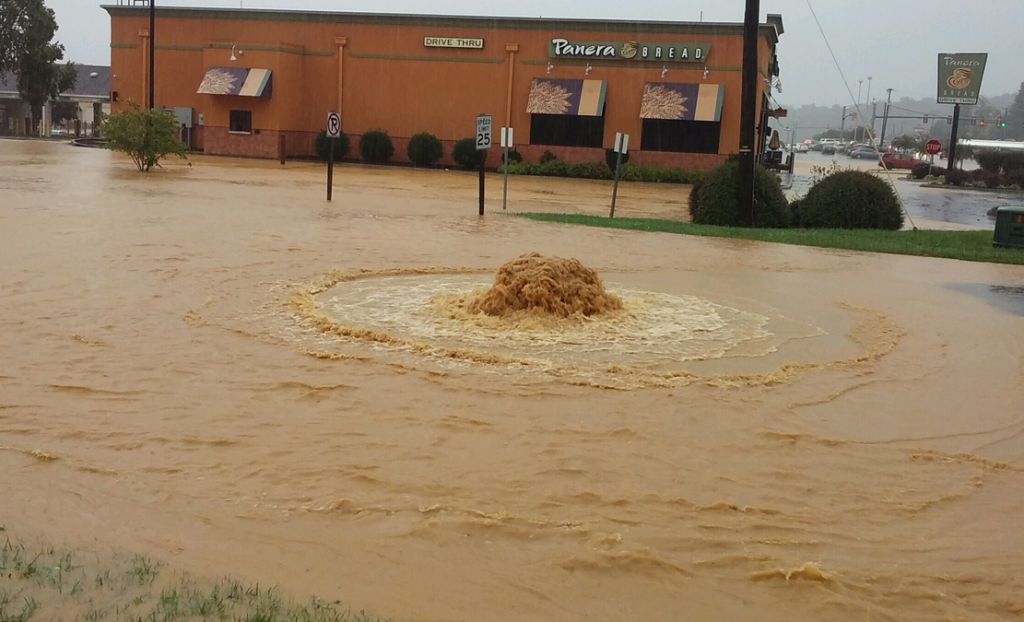 Even after the rains started receding, the Roanoke River started heading quickly for one of its highest recorded levels ever. As of 7:00 pm Thursday evening, the river was expected to climb to nine feet above flood stage before receding.  Low-lying areas along the river, include roadways near Roanoke Memorial Hospital and some homes in the Salem area were impacted. Some residents in those homes were evacuated, and the city opened a shelter at the Civic Center.