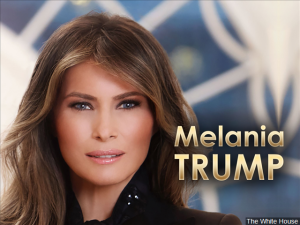 First Lady Melania Trump — and two Trump administration cabinet secretaries — are scheduled to participate in a Liberty University town hall discussion on the opioid crisis. Liberty announced via Twitter that Homeland Security Secretary Kirstjen Nielsen,  U.S. Secretary of Health and Human Services Alex Azar II and political commentator and author Eric Bolling will also be among the participants. The event is scheduled for next Wednesday as part of Liberty’s regular convocation series.

The opioid crisis facing America is a huge challenge. According to the Centers for Disease Control and Prevention, more than 115 people die in the U.S. every day from opioid overdose, and the National Institute on Drug Abuse reports roughly 21 to 29 percent of all patients who are prescribed opioids will abuse them.

Convocation starts at 10:30 a.m. EDT. Liberty will stream the event live on Facebook.