Roanoke City fire officials say a weekend blaze that forced evacuations at the Orange Avenue Days Inn was the work of an arsonist. Police are asking for the public’s help in determining and finding whoever is responsible. Damage is estimated at $100,000.

UPDATED NEWS RELEASE: The cause of the fire was deemed incendiary and damages were estimated at approximately $100,000.  The City of Roanoke’s Fire Marshal’s Office and Roanoke Police Department are investigating this incident as arson. Anyone with information about this incident is asked to call either the City of Roanoke’s Fire Marshal’s Office Tip Line at (540) 853-2406 or the Roanoke Police Department at (540) 344-8500 and share what you know. You can also text RPD at 274637; please begin the text with “RoanokePD” to ensure it is properly sent. Both calls and texts can remain anonymous.

PREVIOUS: A portion of the residents will be temporarily displaced and relocated by hotel management. One firefighter was transported to LGH with a minor injury, and was treated and released. 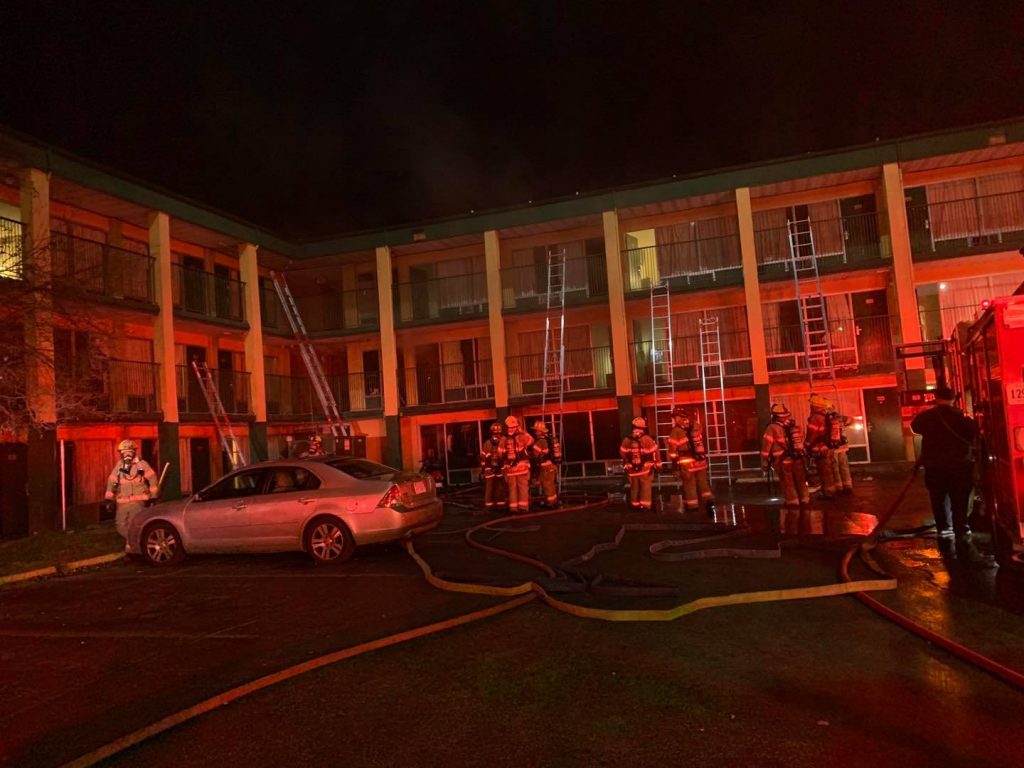 PREVIOUS: At 11:41pm, Roanoke Fire-EMS was dispatched to the 600 block of Orange Ave NE for a fire. Units arrived to find a hotel building with smoke coming from the first floor. Upon arriving, occupants were evacuated by Fire-EMS personnel. After the initial knock down of the fire crews checked for extension. During the search, they found that the fire had extended into the walls and spread to the second and third floors. Due to the extension the Incident Commander marked the fire a Second Alarm, dispatching more units/personnel to assist with fire suppression. The fire is under investigation.