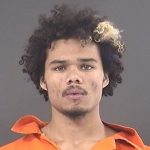 From the U.S. Attorney for the Western District of Virginia:   A federal grand jury sitting in the United States District Court for the Western District of Virginia in Roanoke has charged a Salem man with stealing multiple firearms from a federal firearms licensee in Dublin, Virginia. United States Attorney Thomas T. Cullen and Thomas L. Chittum III, Special Agent in Charge of the ATF Washington Field Division made the announcement.

The federal grand jury has charged DeAngelo Ramsey, 19, with one count of burglary of a federal firearms licensee and one count of possession and concealment of stolen firearms.

“We are committed to working with the ATF and our state and local partners to prosecute individuals who unlawfully obtain, possess, or transfer firearms,” U.S. Attorney Cullen stated today.  “Procuring firearms through theft or fraud is a serious offense and one that will result in a federal prison sentence.”

“ATF takes the theft of firearms very seriously. Too often, stolen firearms are used to commit violent crimes, usually in the same community where they were stolen,” said Thomas L. Chittum, III, Special Agent in Charge of the Bureau of Alcohol, Tobacco, Firearms and Explosives (ATF) Washington Field Division. “Thankfully, the aggressive response from law enforcement lead to recovery of the firearms stolen in this case, before they ended up on the streets or in the hands of other criminals.”

According to the indictment, in the early morning hours of November 24, 2018, Ramsey broke into a retail pizza business adjacent to Dublin Pawn, doing business as E.S. Ramey Firearms, a federal firearms licensee located in Dublin, Va. The defendant gained entry into E.S. Ramey through a common ceiling the two businesses shared. The indictment alleges Ramsey removed one or more ceiling tiles, reached into E.S. Ramey Firearms, and stole two semi-automatic rifles and two shotguns. He is accused of possessing and concealing the stolen firearms from on or about November 24, 2018 to on or about November 29, 2018.

A Grand Jury Indictment is only a charge and not evidence of guilt.  The defendant is entitled to a fair trial with the burden on the government to prove guilt beyond a reasonable doubt.