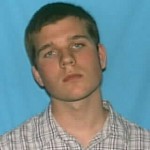 RICHMOND, Va. (AP) _ The family of a man who investigators say gunned down a Virginia Tech police officer offers its condolences and prayers to the family of the slain law enforcement officer.

In an unsigned statement sent Sunday to The Associated Press, the family of 22-year-old Ross Truett Ashley also requested that their privacy be respected. They said there would be no additional statements.

The Spotsylvania County family has not made a public statement since the deadly shooting on Thursday.

Virginia State Police investigators are attempting to determine a motive for what appeared to be an unprovoked attack.