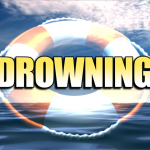 Union Hall, Virginia (October 23rd, 2022) – On Saturday, October 22nd at approximately 12:30am, the Franklin County Sheriff’s Office Communications Center received a call for possible drowning in the 200 block of Winding Way Road in Union Hall, Virginia. The caller reported that an intoxicated individual had fallen off of a boat into the water of Smith Mountain Lake and they were unable to locate him. A dive team with Franklin County Public Safety arrived on scene and were able to locate a deceased male in the water. Victim was identified as Ryan Christopher Adams, 42 years old of Union Hall. Victim’s body was transported to the Medical Examiner’s Office in Roanoke.