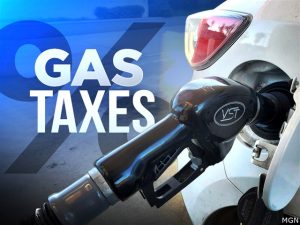 Governor Youngkin’s proposed state gas tax moratorium died Wednesday in Richmond when it failed to get out of a Democratic-controlled Senate committee. The governor had proposed suspending the 26-cent tax this summer for 90 days. But  Youngkin says he remains hopeful some form of a gas tax moratorium will become part of a new state budget once lawmakers can agree upon one. WFIR’s Evan Jones has more: