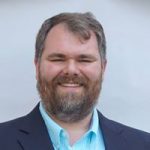 For the first time since Republican Greg Habeeb was elected to the House of Delegates, he faces a challenger. Steve McBride is a Democrat and political newcomer who hopes to represent the 8th District starting in January. He joined Joey Self and Evan Jones this morning on The Roanoke Valley’s Morning News. Here is the full conversation:

We held a similar conversation with Delegate Habeeb October 4.