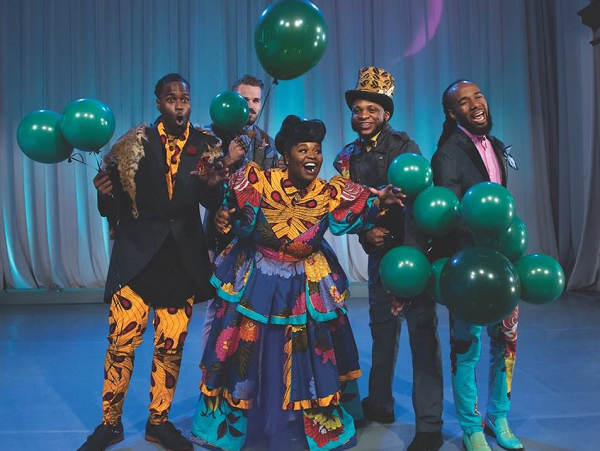 Four days of live music at 14 different venues begins tonight in downtown Roanoke. WFIR’s Ian Price has more about “Down by Downtown”:

Below is the original news release about Down by Downtown

You might know Tank and the Bangas as the 2017 winner of NPR’s Tiny Desk Concert Contest. The five-piece group has a rare knack for combining various musical styles — fiery soul, deft hip-hop, deep-groove R&B and subtle jazz — into one dazzling, cohesive whole that evokes the scope of New Orleans music while retaining a distinctive feel all its own. The Huffington Post says: “It’s music that you have to experience.”

Rubblebucket transforms crowds from a skeptical wall of people into one big, happy, silly, jiving, open-hearted mass with American art-pop and indie-rock. They are slated to play Bonnaroo this year shortly after the stop in Roanoke.

The partnership between Down by Downtown and Wells Fargo is part of a regional economic development initiative of the Roanoke Regional Partnership’s Roanoke Outside Foundation to add to the vitality of the community and help attract talent and business investment to the Roanoke Region of Virginia.