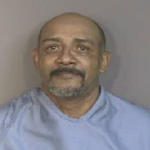 A Rocky Mount man faces grand larceny charges for allegedly stealing a barbeque smoker  — and much more. The Franklin County Sheriff’s Office says 62-year-old Gary Kasey towed the smoker, which was attached to a utility trailer, from Rocky Mount to a Roanoke Home. Officials say when they searched the home, they found not only the smoker but many other stolen goods, drugs, and cash.

News release: On February 8, 2019 the Franklin County Sheriff’s Office took a report of a stolen black BBQ smoker, which was attached to a utility trailer, from the Rocky Mount community of Franklin County.  Information involving the larceny was shared within the Sheriff’s Office and a Deputy recalled observing the smoker being towed by a small tan truck prior to the smoker being reported stolen. Gary Kasey was developed as a suspect on February 9, 2019.  During the investigation, a location was identified in Roanoke City for the stolen BBQ smoker.  The Roanoke Police Department located the BBQ smoker at an address on Clifton St. in the City of Roanoke.  The recovery of the smoker led to a search warrant on the residence where a large amount of stolen goods was recovered, as well as drugs and US Currency.  It was through thorough investigation and the collaboration of both the Roanoke Police Department and Franklin County Sheriff’s Office that led to the arrest of 62-year-old Gary Kasey of Rocky Mount.  On February 10, 2019, Kasey was arrested for Grand Larceny in Franklin County. Kasey was released on 2/13/19 on a $3,000.00 secured bond. The case is currently under investigation and additional charges may be pending.