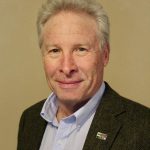 The father of slain WDBJ-7 journalist Alison Parker has released a book about his daughter – shot dead on live TV in 2015 – and his fight for improved gun control. Andy Parker will also speak about and sign copies of “For Alison, The Murder of a Young Journalist and a Father’s Fight for Gun Safety,” tomorrow at 1-pm, at “Book No Further” on Church Avenue, inside the 16 West Marketplace. Parker has been making the rounds on national and international media outlets about his book, which also advocates for universal background checks and banning assault-style weapons. We will hear much more from Andy Parker during a “Longer Listen” segment Monday morning at 8:45.