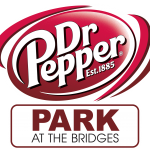 The “Flashback Friday” lineup for Dr. Pepper Park off South Jefferson Street has been announced and many of the favorites return – like the tribute bands for Fleetwood Mac, Tom Petty and Led Zeppelin. But Dr. Pepper Park president Waynette Anderson is also excited for a first-time group that honors the late Prince, “Dean Ford and the Beautiful Ones,” on May 10th. Dr. Pepper Park again kicks off a new season with the all-comers Star City Cornhole Tournament on April 27th. Hear a complete in-studio conversation with Waynette Anderson below: