No Deschutes Street Pub this summer 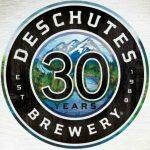 Oregon-based Deschutes Brewery, which has altered its timeline to build any east coast production plant in Roanoke due to declining market shares, will not bring back the popular Street Pub event this summer. A company spokesperson tells WDBJ-7 it was “typical” for Deschutes to do large events like Street Pub and then take a hiatus. Instead the company says it will focus on the Go-Cross cycling event it sponsors, held only in Oregon and in Roanoke. The spokesperson also says Deschutes will still meet a March 31 deadline to the City of Roanoke for a development plan for the property it has purchased outright from the city – after foregoing earlier incentives that would have kicked in with a 2021 launch date for the plant it announced would be built in Roanoke after a long and public courtship to land the craft brewer here.