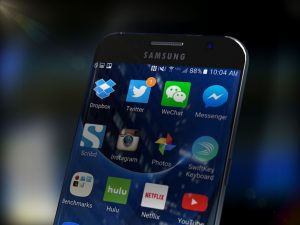 The 540 area code is close to running out of available numbers, so a second area code will soon be added within the same footprint, and that means the time is coming when all local calls will require you to dial the area code and the number, 10 digits in all. The State Corporation Commission says the new area code will be 826, but all current telephone numbers will retain the 540 prefix.

(NOTE: A previous version incorrectly stated the new area code would be 626. The news release below contains the corrected version.)

The 540 area code region currently encompasses a wide swath of the state, including Roanoke in the southwest, Harrisonburg and the Shenandoah Valley to the west, Winchester and parts of northern Virginia, and Fredericksburg to the east. The area code was created in 1995, splitting off from the 703 area code. Current estimates predict the available numbers in the 540 area code will be exhausted in 2022.

The relief plan approved by the SCC superimposes the new 826 area code over the same geographic footprint covered by the existing 540 area code region. While 10-digit dialing will now be required for local calls, the Commission determined the overlay solution to be “more durable and/or less disruptive than other alternatives.” Under the plan, no residents and businesses will lose
their current 540 phone numbers.

Following a series of public hearings held in the 540 region in early March, the Commission agreed with the findings of the SCC hearing examiner. The telecommunications industry also prefers the overlay solution, as this relief method is the least disruptive for customers. The SCC’s order directs telecommunications industry service providers to move forward with a proposed 13-month implementation schedule. This includes a six-month period during which calls within the 540 area code can be completed using either 7 or 10-digits. This period is used to ease the transition from 7-digit to 10-digit dialing so customers can be educated on the changes without having calls impacted prior to assignment of the 826 area code.