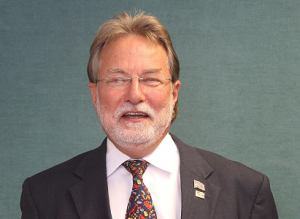 Roanoke City Council may vote next week to to sever sister city ties with Pskov, Russia. Council member Bill Bestpitch is Treasurer of the Roanoke Valley Sister Cities Board, and he says doing so would help only Vladmir Putin’s efforts to diminish relationships between Russian citizens and those in the U.S. and other western nations.

And Bestpitch says such an action would not in any way help those in Ukraine seeking to repel the Russian invasion.