Chief of Police Jones: “rap video” comment was not racist 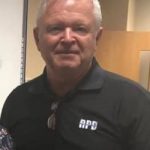 Responding to a charge from Peacemakers Founder Shawn Hunter that he should resign over his “this is not a rap video” comment in regards to the shooting outside Awful Arthur’s in downtown Roanoke early Sunday morning, Chief of Police Tim Jones tells WFIR it was NOT aimed at African-Americans – and wasn’t racist.  Jones also says the Virginia ABC has now cleared Awful Arthur’s of any wrongdoing in regards to the incident on Sunday morning. Chief Jones also denies he has not focused on the violence in predominately minority communities – adding however that residents need to do their part to make all of Roanoke a safer place to live.