Cave Spring supervisor candidate accuses another of conflict of interest 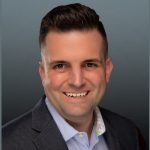 The Democratic candidate for the Cave Spring District seat on the Roanoke County Board of Supervisors is filing a complaint with the Virginia attorney general’s office over what he calls a conflict of interest related to his Republican opponent, Paul Mahoney. Brian Powell said today he has documentation showing Mahoney used his current position as a member of the County Planning Commission to solicit a campaign contribution – from the Southwest Virginia Wildlife Center of Roanoke. An e-mail forwarded to WFIR by Powell indicates the one-thousand dollar campaign contribution from Sabrina Garvin at the Wildlife Center was made just before the Planning Commission initiated a proposed change to the special use permit process, but Mahoney says the actual SUP vote for the wildlife center was taken months before he asked for the contribution. The Wildlife Center is embroiled in a zoning dispute with several neighbors – including supervisors candidate Stan Seymour. Powell contends Garvin was “pressured” to make a campaign contribution at one point. Mahoney calls the allegation “a lie.”