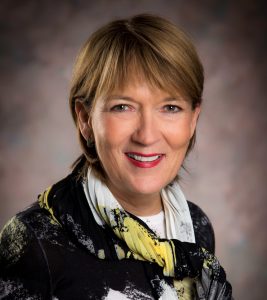 “I am proud to announce a group of experts from the medical and public health community that will be providing updates on the pandemic and advice on how to address its ongoing challenges. I have been receiving briefings about the coronavirus and Omicron variant regularly and we are going to stay on top of this. I recognize the severity of the virus and the significant loss that it has caused. Virginians should rest assured that we are monitoring this variant and doing everything we can to be smart about this. I will enter office ready to reopen Virginia, support our healthcare heroes, and protect the lives and livelihoods of Virginians,” said Governor-elect Glenn Youngkin.

Ready on Day One with Counsel from Renowned Medical Leaders

Dr. Marty Makary is a surgical oncologist and chief of the Johns Hopkins Islet Transplant Center. He is a clinical lead for the Johns Hopkins Sibley Innovation Hub and serves as Executive Director of Improving Wisely, a Robert Wood Johnson Foundation project to lower health care costs in the U.S. by creating measures of appropriateness in health care.

Dr. Makary’s research focuses on the creation and evaluation of new health care innovations. He is the creator of the Surgery Checklist, publishing its first description and later served on the W.H.O. Safe Surgery Saves Lives committee.

Dr. Makary is a graduate of Bucknell, Thomas Jefferson and Harvard University. He completed his surgical training at Georgetown University and his fellowship at Johns Hopkins Hospital.

Dr. Makary has published over 250 scientific articles on the re-design of health care, medical innovation, and vulnerable populations. Dr. Makary has been elected to the National Academy of Medicine and is Editor-in-Chief of Medpage Today.

He is a Fox News Contributor who shares his expertise on NPR and has written for The Wall Street Journal, The New York Times, and USA Today and is a frequent medical commentator.

Nancy Agree is President and CEO of Carilion Clinic, a $2.4 billion not-for-profit health care system headquartered in Roanoke, Virginia; serving over 1 million people in Virginia and West Virginia. Carilion Clinic is organized as a large physician group with more than 1,000 employed physicians, an academic medical center and 7 hospitals ranging from a large, tertiary/quaternary medical center, Level 1 Trauma Center and teaching hospital to a Children’s Hospital to midsized community hospitals to small rural or critical access hospitals as well as multiple business lines such as Home Health, Imaging Services, Pharmacies and Urgent Care.

Ms. Agee was the Executive Vice President and Chief Operating Officer before becoming CEO. She co-led Carilion’s transformation from a collection of hospitals to a patient-centered, physician-led organization. The reorganization included a public/private partnership with Virginia Tech to create an allopathic medical school and a research institute.

Ms. Agee is a nationally recognized leader in healthcare, immediate past chair of the American Hospital Association (a membership organization representing the nation’s 5000 hospitals). She has been perennially named one of the Top 100 Most Influential People in Healthcare by Modern Healthcare as well as to the Top 25 Woman in Healthcare. Ms. Agee is a former member of The Board of Commissioners for the Joint Commission (international hospital accreditation organization) and past chair of the Virginia Hospital and Healthcare Association and the Virginia Center for Health Innovation.

She is a member of The Wall Street Journal Council of CEOs, Virginia Foundation for Independent Colleges, Virginia Business Council, Virginia Business Higher Education Council and on the Governor’s Advisory Council on Revenue Estimates. She is a Fellow in the National Association of Corporate Directors.

Kathleen Chavanu is Executive Vice President of Patient Care Services and Chief Operating Officer since 2012. Kathy is a nurse leader who has advanced strategic priorities to transform patient safety, quality, clinical care and operations to improve outcomes for children and families.

Previously Kathy served as the Senior Vice President of Patient Care Services and Chief Nursing Officer the Children’s Hospital of Philadelphia (CHOP), and Assistant Dean of Clinical Practice at the University of Pennsylvania School of Nursing. Prior to her tenure at CHOP, Kathy was at Children’s National as Vice President of Quality and Clinical Support Services for over a decade.

Kathy has presented and published extensively on quality, safety, outcomes and leadership in healthcare. In advancing the national agenda on improving child health through pediatric quality, she has led and participated in committees under the American Hospital Association (AHA), National Quality Forum, The Leapfrog Group, Children’s Hospital Association (CHA), American Board of Pediatrics, Institute of Medicine and others. She currently serves as the Treasurer for the American Academy of Nursing, Chair of the Healthcare Council of National Capital Area, is on the Board of Directors for The DAISY Foundation and the Education Council for CHA, and other advisory boards.

Kathy was the recipient of the distinguished Alumni Award for the University of Nebraska Medical Center. She received the AHA’s Grassroots Champion Award for Washington, DC, in recognition of her advocacy on behalf of patients, hospitals and communities. She has been recognized as a top woman leader by Becker’s Hospital Review and as a Washington, D.C. “Women Who Mean Business” top leader. Kathy is a Fellow in the American Academy of Nursing and a Leadership Greater Washington alumni.

With more than 25 years of hospital operations experience, Mr. Levine has served as chief executive officer of hospitals and health systems ranging from a small rural hospital to one of the largest public systems in America. Prior to his role at Ballad Health, He was the president and chief executive officer of Mountain States Health Alliance. Mr. Levine served on Louisiana governor Bobby Jindal’s cabinet as secretary of Louisiana’s Department of Health and Hospitals and as Governor Jindal’s senior health policy advisor.

Mr. Levine also served as deputy chief of staff and senior health policy advisor to Florida governor Jeb Bush prior to his appointment by Governor Bush to serve as secretary of Florida’s Agency for Health Care Administration, an agency responsible for administering a $17 billion budget. In these roles, he oversaw the health care response to 12 major hurricanes making landfall in Florida and Louisiana, managed Louisiana’s response to the H1N1 Influenza Pandemic, led Louisiana’s effort to improve child immunization rates from ranking 48th in the nation to 2nd, successfully advocated the passage of major and historic health care reforms in both states and was recognized for his efforts in combating fraud and abuse in public health care programs.

Mr. Levine currently serves on the board of governors of the State University System of Florida, the governing body of Florida’s 12 state universities.

Dr. Bogdan Neughebauer has served as the Vice President of Medical Affairs at Sentara Leigh Hospital in Norfolk, Virginia, since February 2021. He attended medical school in his native country of Romania and graduated as valedictorian of his class.

He was an infectious disease specialist with Sentara Medical Group from 2003 through 2021, where he also served as the Chair of Finance and Chair of Board of Directors. He has significant experience as a physician leader including roles such as Medical Director of the Sentara Antimicrobial Stewardship Program, Chair of the Sentara Infection Prevention High Performance Team, Physician Executive Sponsor of the Sentara ICD 10 Project and Lead Infectious Disease Physician on Sentara COVID Task Force.

After receiving the title of Certified Physician Executive, Dr. Neughebauer obtained his Master of Business Administration from the University of Massachusetts, Amherst, and was elected in the Beta Gamma Sigma society. He has been the recipient of many awards including the Southgate Leigh Physician Excellence Award, Sentara CEO Award, and Top Hampton Roads doctor.

He previously served in two senior leadership roles at the Centers for Medicare & Medicaid Services (CMS). As Senior Medical Advisor, he was the primary counselor for agency-wide policy related to medical and scientific innovation. Dr. Shah established consensus on several critical policy initiatives including aligning payment and prevention to increase Medicare beneficiaries’ access to novel antimicrobials, expanding patients’ access to cell and gene therapies, and streamlining Medicare access to breakthrough technologies. As the Chief Medical Officer of the Center for Medicare & Medicaid Innovation (CMMI), Dr. Shah led the clinical design of novel value-based payment and service delivery models including those for advanced primary care, specialty care, and prescription drugs.

Dr. Shah specializes in the early detection, surveillance, and treatment of prostate cancer. He developed and led a survivorship clinic for the care of patients on cancer clinical trials at the National Institutes of Health. He concurrently earned his M.D. from the University of Pennsylvania and an M.P.H. in health care management and policy from the Harvard School of Public Health. Dr. Shah graduated with honors from Duke University with a degree in economics. He also served as a Canada-U.S. Fulbright Scholar.