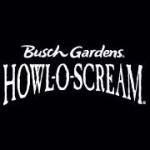 TAMPA, Fla. (AP) _ Busch Gardens theme parks removed some props from their Halloween attractions after people in Virginia complained about decapitated heads. This came in the wake of the beheadings of three westerners by Islamic state militants in the Middle East. Spokesmen for both parks said Thursday that in light of recent events, some props would have had the unintended consequence of appearing insensitive and won’t be part of this year’s Howl-O-Scream attraction. They wouldn’t say exactly which props were removed. Complaints cropped up recently in Williamsburg when the Virginia Gazette newspaper ran a photo of five severed head props that were part of the attraction. The spokesmen for the parks said the props for the Howl-O-Scream attractions were designed and bought months ago.