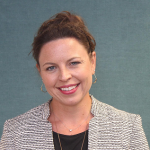 Boys & Girls Clubs of Southwest Virginia has announced a $100,000 scholarship endowment fund targeted for graduating high school students who attend local Boys & Girls Clubs. The Jim Barker Scholarship Fund is named for the Delta Dental of Virginia Chief Financial Officer, who attended a Bristol Boys & Girls Club as a youth. There is already $65,000 raised for that scholarship fund, with a goal of raising the remainder by the end of the year. Former Delta Dental CEO Mike Wise and his wife Danielle got it rolling with a $50,000 gift. Boys & Girls CEO Michelle Davis says the scholarship idea has been on the wish list for over a decade – and its one way to reward hard-working youth in the after school program: