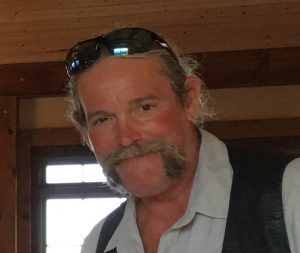 The National Park Service has confirmed that a body found this morning near the Blue Ridge Parkway in Bedford County is that of northern Virginia man missing since late October. A motorcycle belonging to 63-year-old James Hogue was left unoccupied for several days at the Thunder Ridge parking area before a search began at that time. His body was found today on a trail not far away. There is no word yet on the cause of death.

NEWS RELEASE: (Bedford County, VA) – On the morning of December 6, 2019, at approximately 8:16 a.m., National Park Service dispatch operators received a report of a human body on a trail near Thunder Ridge Parking Area at Milepost 75 on the Blue Ridge Parkway.

National Park Service Law Enforcement Rangers arrived on scene and confirmed the body to be that of James Albert Hogue, 63 years old, of Bristow, Virginia. Mr. Hogue’s unoccupied motorcycle was first noticed at the Thunder Ridge Parking Area, near Milepost 75, on October 26, 2019. It is not uncommon for vehicles to be left at parkway overlooks for extended periods while owners are on a backcountry hike. After two days, Parkway law enforcement rangers began an investigation and search.

The cause of death is still under investigation.