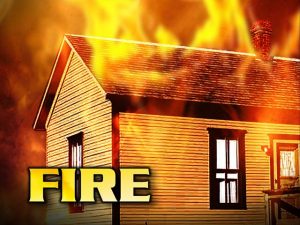 UPDATE: Roanoke County police and fire officials say the man found dead in a house fire earlier this week took his own life. The fire was reported Tuesday morning on Mount Gordon Road in the Hanging Rock area. Under the circumstances, police are not releasing the man’s name or any further details.

PREVIOUS from Roanoke County Fire & Rescue: Roanoke County Police conducted a joint investigation with the Fire Marshal’s Office following the fire that broke out early this morning on Mount Gordon Road. The body of a 25-year-old male was discovered in a second-floor bedroom where the fire originated. Police and Fire Marshals do not suspect foul play. The flames were contained to the bedroom of origin, but there was smoke damage to the rest of the second floor. Damage estimates are figured at $15,000. The investigation is ongoing.