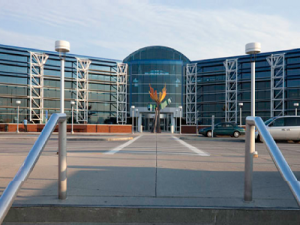 The coronavarius impact on air travel came at a particularly inopportune time for Roanoke-Blacksburg Regional Airport, where officials  say they were close to announcing some new service options. More from WFIR’s Evan Jones:

Passenger counts are way down right now at ROA. No surprise there, but so far, aside from some United cutbacks to O’Hare, scheduled flights here remain unchanged.

Airport Spokesperson Brad Boettcher says they do expect to see cutbacks become effective in April and May, and the timing is especially unfortunate, he says, because they were preparing to announce some service additions.

Boettcher says all airport operations continue as they have — but with significantly fewer passengers. Evan Jones, WFIR News.